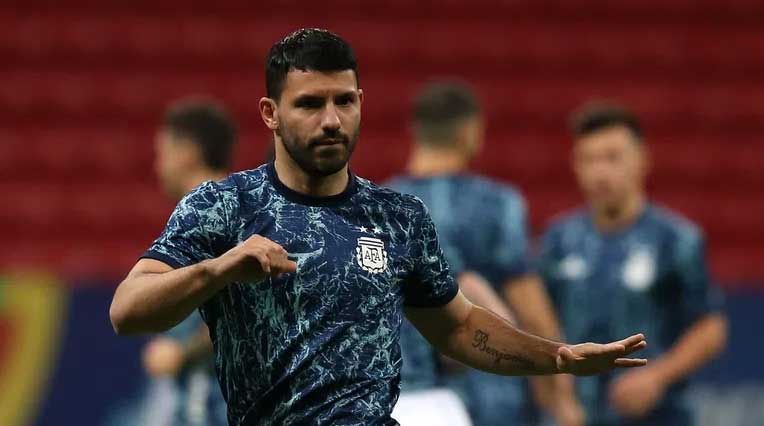 Former Argentine international Sergio Aguero has said he will join the team for the 2022 World Cup finals. The striker, who was forced to end his career due to heart problems, will be part of the coaching staff of the Gauchos.

"I will travel with the team for the World Cup in Qatar. I want to be there. We have already talked about the topic with the coach Lionel Scaloni, as well as with the president of the federation Claudio Tapia. We have a new meeting this week, "Aguero said.

“What will be my role? I will be with the boys, I will train with them. This is not a problem. I want to be close to the players and motivate them ", added the 33-year-old former striker of Independiente, Atletico Madrid, Manchester City and Barcelona.

Argentina has already secured a place in the finals in Qatar. Two rounds before the end of the qualifications in the CONMEBOL zone, Lionel Messi and company are in second place, 4 points behind the leader Brazil.