Arsenal is worried about the future of Bucayo Saka 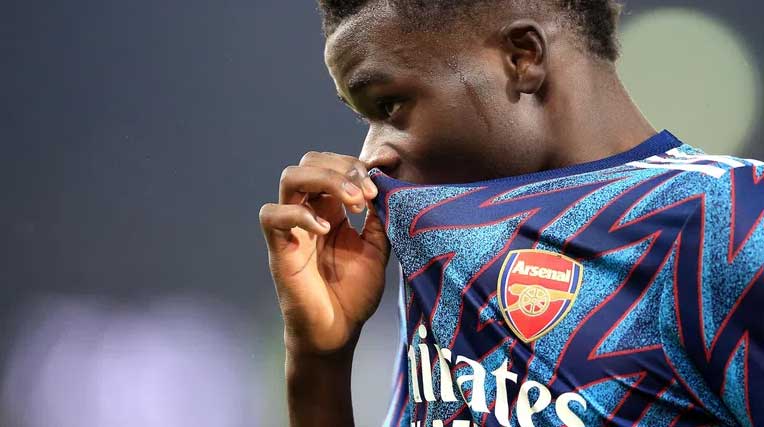 Arsenal is a seriously worried about the future of winger Bucayo Saka. The Emirates want to tie the young talent to a long-term contract, but this may not be such an easy task, especially if the team fails to qualify for the Champions League, according to the Daily Mail.

The Gunners are preparing a serious refreshment of the team in the summer. Mikel Arteta wants to strengthen the team with two strikers, a central midfielder and a right back.

Another important priority is the signing of a long-term contract with Saka, which, however, is not in a hurry to give a positive answer.

The selection of Arsenal will largely depend on which European tournament the team will participate in next season. If they do not qualify for the Champions League, it will be much harder for Londoners to take big names in their squad.

The situation is similar with Saka, who is unlikely to re-sign if his team is not among the participants in the most elite tournament of UEFA for another year.

Saka's current contract is until the summer of 2024. However, the bosses want to bind him in the long run, given that several clubs are already showing interest in the 20-year-old talent. The Emirates are ready to seriously increase the winger's salary, which is currently only 35,000 pounds a week.

However, it seems that money will not be the only factor that will influence Saka's decision, as the player is more keen to see that the club is going in the right direction.