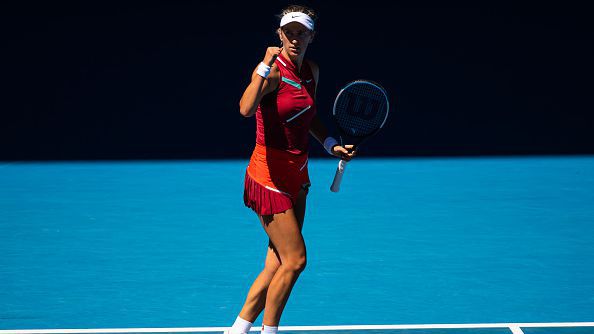 The Ukrainian did not offer any resistance for most of the match, and when she started to play better, it was too late.

This was Azarenka's fifth consecutive success against Svitolina. The match lasted a little over an hour, with Azarenka winning the first 8 games before her opponent managed to break the series.

Azarenka made 17 winners and made 9 unprovoked mistakes. She was almost perfect on the net and did not allow Svitolina to make a single breakthrough, although the Ukrainian had 4 opportunities.

"I love playing in Australia and I'm glad to be here. Elina is very combative, so I wanted to lead the playoffs. I think I fulfilled my tactical plan well ", Azarenka commented after the victory.

Vika's next opponent will be Barbora Kreichikova. The champion from last year's edition of "Roland Garros" had to make a turn against Jelena Ostapenko - 2: 6, 6: 4, 6: 4. The number 4 Czech lagged behind with a set and a breakthrough in the second, but showed character and imposed her will.

"It was really very difficult, but I am proud that I managed to win. I proved that I never give up and that makes me happy," Kreichikova said.

The fifth placed Maria Sakari eliminated Veronika Kudermetova with 6: 4, 6: 1 and in the round of 16 she will meet Jessica Pegula. The American had difficulties against Nuria Parisas-Diaz only in the first set - 7: 6 (3), 6: 2.