Barcelona have problems with defense 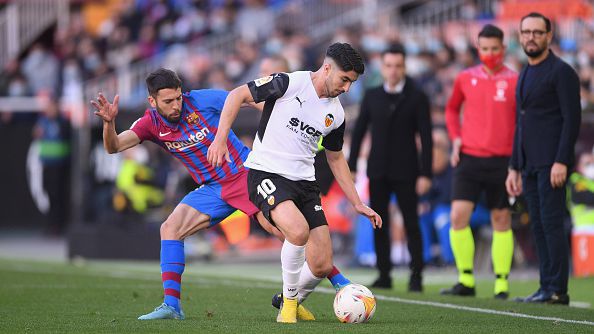 On Sunday, Barcelona achieved a convincing 4-1 victory over Valencia, but the bad news for the team's coach Xavi was the injury of Eric Garcia, who was replaced at the break after limping at the end of the first half.

The Catalans continue to have problems in defense, as Clement Langle and Samuel Yumtiti are in hospital, and Ronald Araufo returned against the "bats" after he was also injured.

Garcia missed a few weeks in January and February, but now he is expected to return to the field quickly, as there is only muscle overload.

It is very likely that he will get a break for the match with Napoli this Thursday, especially with the presence of the recovered Araujo and Pique, who are expected to start the match.