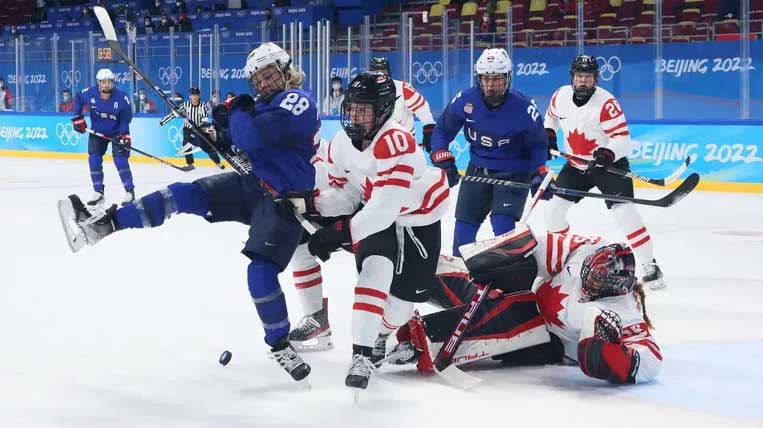 The Canadian team won the 4: 2 derby with the USA in the last round of the group stage of the Women's Olympic Ice Hockey Tournament.

The two teams, which are the masters in the women's version of hockey and played against each other both in the final of the last World Cup and the previous Olympic Games in Pyeongchang, did not disappoint with their production and made a very strong and interesting match.

The Canadians were the ones who managed to find the result. This happened in the 15th minute of the first third, when Briana Jenner scored in numerical superiority for the team.

The second period of the match was extremely interesting, as it started better for the Olympic champions from the USA. They equalized through Daniel Cameranesi in the tenth minute, and two minutes later Alexandra Carpent scored a second goal for the Americans with a great backhand shot.

However, the lead of the USA lasted exactly 24 seconds, as in the counterattack Jenner equalized with his second goal in the match.

Jamie Lee Ratray added a third goal for Canada in the 15th minute of the second period, and the "maple leaves" rose to 4: 2 after another three minutes. Marie-Philippe Poulin was right, scoring from a penalty kick, while the Canadians were less on the ice.

In the third period, the American team filled the door of Canada with 21 points, but the brilliant game of goalkeeper Anne-Rene Debien completely refused the Olympic champions.

With the victory, Canada finished the group stage with a maximum of 12 points and a goal difference of 33: 5, and in the quarterfinals the team will play with one between Sweden, Denmark and China.

The Americans remain second in Group A with 9 points and a goal difference of 20: 6, and their next opponent will be one among the Czech Republic or Japan.