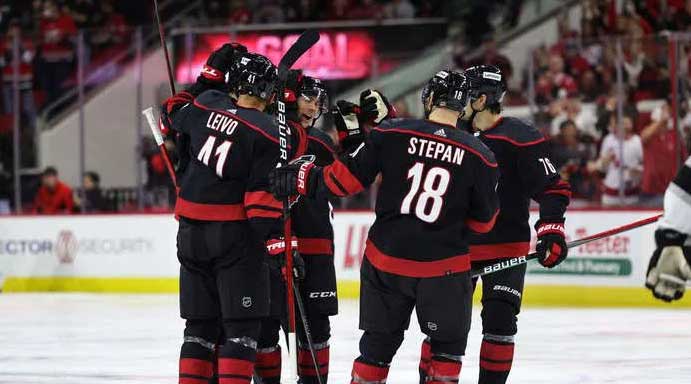 The team of Carolina Hurricanes recorded their 21st victory since the beginning of the season in the National Hockey League of the USA and Canada (NHL), after winning 5: 1 at home against the visiting team of Los Angeles Kings. Thus, the "hurricanes" regained the leading position in the League with a total of 43 points after 29 games.

The hosts started the match in PNC Arena with a bang and until the 96th second they were leading 2-0 after goals from Jesperi Kotkaniemi in 37 seconds and Jesper Fast in a game with more than 1:36 after the start of the match. These were the only two hits in the first period.

In the second, Brett Peske and Teuvo Teravainen doubled Carolina's lead before Blake Lisott prevented a shotout by Frederick Andersen. The final 5: 1 was formed by Jack Drury, who scored 5:31 before the end of the match.

For Los Angeles, the loss is number 16 since the start of the campaign, which left the Kings in fifth place in the Pacific Division with 31 points and a deficit of five compared to the fourth Edmonton. The Los Angeles program continues tonight with a visit to Washington.

Carolina is about to visit Ottawa.