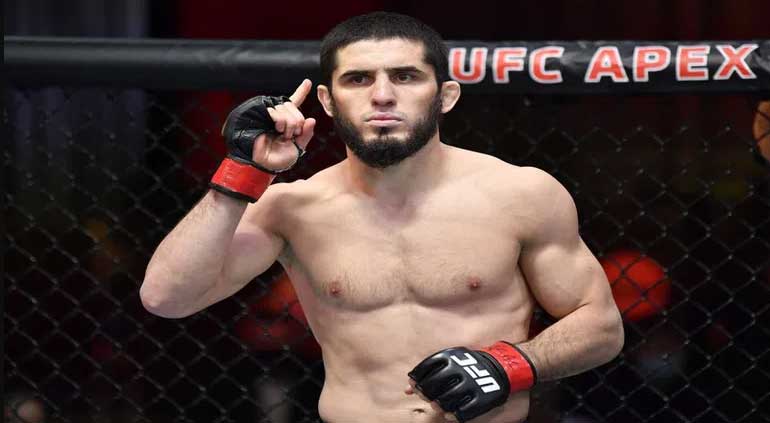 As expected, Mahachev managed to do his job and did not give any chances to his opponent.

At first, Islam tried a high kick, then scored a low kick. Green kept her hands low and feigned. Mahachev kicked Green and glued him to the net in a clinch.

Bobby struck with his knee, and Mahachev knocked him to the ground. Islam tries kimura, but fails to lock it.

Islam took a dominant position and began to gain ground and pounds. The Dagestani took Green's back, then continued with the blows and forced the referee to stop the fight, which lasted 3 minutes and 23 seconds.

With this victory Mahachev entered a series of 10 consecutive victories. He said he was only interested in a chance at the title.

Islam also said he would gives Beniel Darius a chance, but only when he won the gold. The two were supposed to fight today, but Dariusz broke his leg.

Green, on the other hand, parted ways with a series of 2 consecutive victories. He shared that he was disappointed in himself and expressed a desire for revenge in the future.