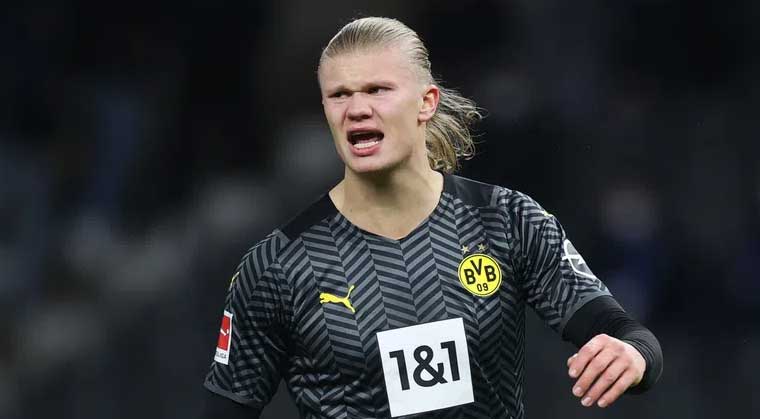 Manchester City has already started work on attracting the Borussia (Dortmund) striker Erling Holland. The Norwegian is the main transfer target of Josep Guardiola for next summer and the club has already contacted representatives of the striker to start initial talks to form a deal, writes "Sport".

Manchester City have long been looking for a new central striker after the departure of Sergio Aguero. They had initially focused on Tottenham's Harry Kane, but failed to reach an agreement with the Spurs. In addition, in the winter the club will be left by Ferran Torres, who will take the direction of Barcelona. So stepping up the attack will be an even bigger priority for the Citizens.

That is why Etihad now has a new goal and it is Holland. In the summer, the price of the Norwegian will be 75 million euros, which is not so high for a footballer with his qualities. That is why Manchester City is in a hurry to overtake the competitors for the signature of the striker, who is wanted by many other clubs, including Real Madrid, Barcelona, ​​Manchester United, Paris Saint-Germain, Bayern, Juventus and others.