Pique was angry and revealed how much he was getting 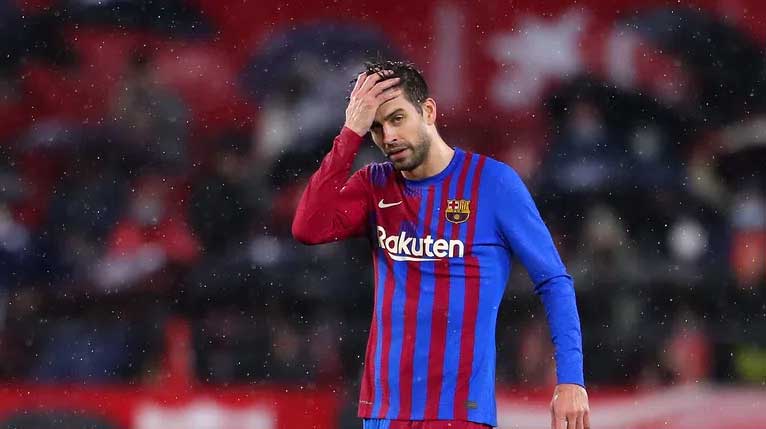 Barcelona defender Gerard Pique has reacted to reports that he is the highest paid player at the club and received a huge bonus when renewing his contract this summer. The allegations came from journalist Luis Kanut, who said Pique's annual salary was 28m euros.

In response, the former Spanish national showed a bank statement on Twitter, which shows that 50% of his salary for 2021 is 2.3 million euros, ie. the total amount is 4.6 million.

Kanut's information mentions that not only Pique, but also Jordi Alba and Sergio Busquets also continue to receive huge salaries, although they reduced their salaries before the start of the season. Barça condemned the publication of the data, which was described as fictitious.

"The club did not provide information on the salaries of the players and the origin of the unpublished data is unknown. In any case, the amounts quoted do not correspond to the truth. As for the first three players on the list (for the salaries of Pique, Alba and Busquets), fixed amounts are mentioned, but they are not and will probably never be paid in full.

The information that the three players only agreed to defer their salary goals is also a lie. Pique, Busquets and Alba gave up some of their salaries when they signed the new contracts. We believe that the publication of such information is incorrect, unprofessional and unscrupulous. This concerns the personal data of our players, which must be kept in strict confidence, "said the official position of Barcelona.