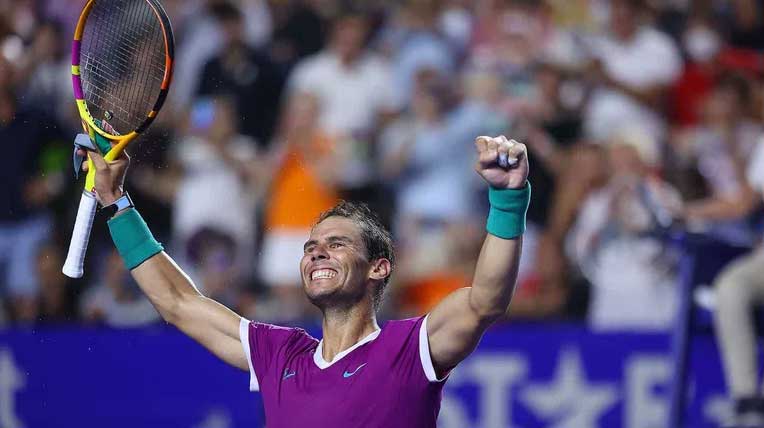 The world number four in the rankings Nadal beats Daniil Medvedev 6-3, 6-3 in the replay of the Australian Open final at the end of January, in which the 35-year-old Spaniard turned 0-2 to 3-2 set and reached a record 21st Grand Slam title.

Nadal once again showed exceptional nerves in key moments, reflecting all 11 opportunities to break through his opponent, and realized three breaks of six chances.

He led early with 4: 1 and kept his advantage until the end of the first set. The Spanish tried at the start of the second half, and at 3: 2 he reflected as many as seven breakballs, which seemed to finally break his opponent.

Medvedev failed to reach the final in his debut in Acapulco, but there is still reason for joy, as he will lead the world rankings on Monday. In the dispute for the trophy, Nadal will face the British Cameron Nori.

Nori was very stable in his pass, giving only one chance to break through his opponent, which neutralized. He made one breakthrough in the ninth game in both sets, which turned out to be decisive.

The Briton, 12th in the world rankings, is aiming for a fourth title in his career.