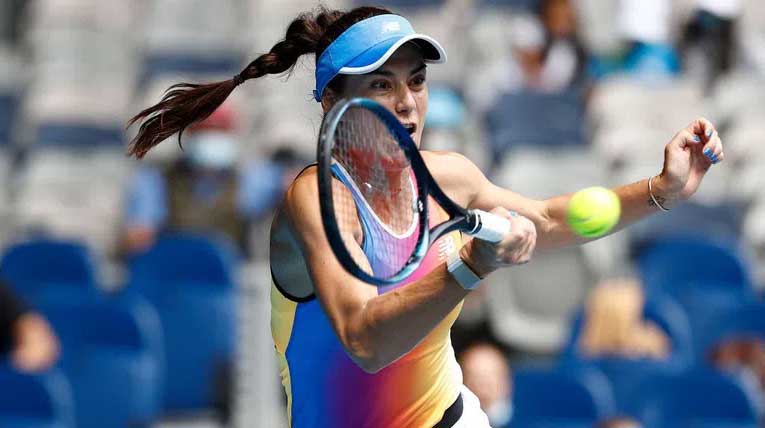 Romania's Sorana Kirstia eliminated Czech Petra Kvitova for the second year in a row at the Australian Open. After a year ago Kirstya prevailed over the 2019 finalist in the second round, now she beats her at the start, with more than a convincing result of 6: 2, 6: 2.

The match in Melbourne lasted only 72 minutes, during which the game of the 20th in the Kvitova scheme did not work at all. She lagged behind in the beginning of both sets and failed to return.

Another Romanian continues to advance in the tournament - number 14 Simona Halep.

The 2018 finalist beat the Polish Magdalena Frech 6: 4, 6: 3. Halep closed the match for exactly an hour and a half, scoring 4 hours and making 25 winning shots.

In the second round, the winner of two Grand Slam titles will face Beatrice Hadad Maya of Brazil or qualifier Katie Wolinets of the United States.

The 24-year-old Australian Madison Inglis achieved her first victory in the main draw of a Grand Slam tournament. She won 6: 4, 6: 2 over the Canadian Leila-Ani Fernandez, who only a few months ago played in the final of the US Open.

Inglis did not allow a single breakthrough in the match, and at the same time realized three breakballs of five possibilities.

In the next round, Inglis will play with qualifier Hailey Baptist, who beats Frenchwoman Caroline Garcia 4-6, 7-6 (4), 6-3.

Poland's Iga Schwentek (No. 7 in the chart), Kazakhstan's Elena Ribakina (No. 12), Estonia's Annette Kontaveit (No. 6) and Russia's Anastasia Pavlyuchenkova (No. 10) had no problems with qualifying for the second round.