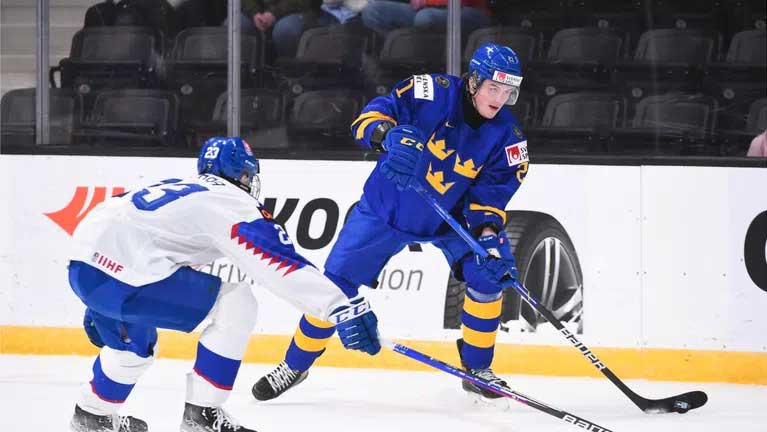 Sweden achieved a convincing 3-0 victory over Slovakia in a Group B match of the World Youth Hockey Championship.

Theodor Niederbach, Albert Söberg and Daniel Ljungmann were right about the "three crowns". All three goal scorers compete in the championship of the Scandinavian country, and for the team this was the second consecutive success of the competition, which is being held in Canada. Before that, Sweden recorded a prestigious victory with 6: 3 over Russia.

In a Group A match, Germany reached a dramatic 2-1 victory over the Czech Republic after extra time.

Alexander Blanc gave the Germans an advance in the second period, but shortly before his end Jan Mishak equalized. Blank became a hero for his team after being accurate 1:20 minutes after the start of the sequel. Thus, Germany recorded its first success, and the Czechs have two defeats.