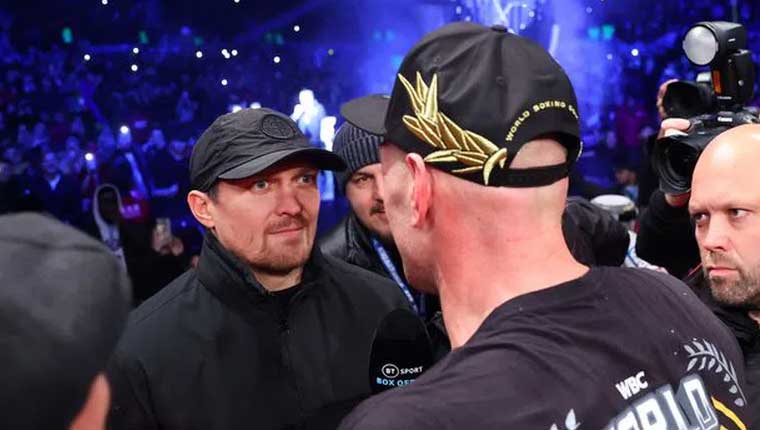 There has been no undisputed heavyweight boxing champion for over 20 years. However, there is light at the end of the tunnel now and we may see such a champion this year. This is what would happen if Tyson Fury and Alexander Usyk agreed to a fight.

Fury holds the WBC title and Usyk holds the WBA (Super), IBF, WBO and IBO belts. Usyk's financial demands have grown significantly. The Ukrainian wants to share equally with Fury, even if the fight takes place in Great Britain.

"We gave the Saudis a week to make an offer. If they don't, the battle will take place at Wembley. Usyk wants to split with Fury 50-50. This is wrong.

If the fight takes place in London, then 95,000 Britons will come to it and pay money to watch. So Fury definitely needs to take more,” promoter Bob Arum told BoxingScene.