1xBet bet for the match Liverpool and Man. United

History will be in the making on 17th January when Manchester United visits Anfield to face Liverpool. The bitter rivalry between these two teams is set to intensify with the top position as the prize. Manchester is currently top of the league for the first time since Sir Alex Ferguson resigned, and there's a genuine belief that the team can win the league this season. 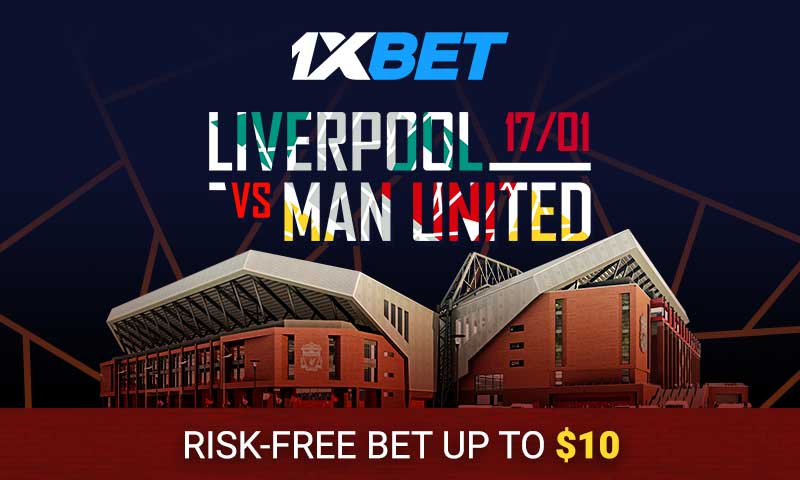 As to the Reds, they have slipped up in recent matches; however, beating Liverpool at Anfield will be very difficult. Jurgen Klopp’s leadership has already paid rich dividends as Liverpool won the Premier League last year for the first time in ages. In addition, Klopp’s team has been one of the main contenders for gold in the last three seasons.

Manchester United has been chasing glory ever since Ferguson resigned, with several high-profile managers employed since then. In the end, homeboy Solskjaer has been managing the team with a degree of success not seen in years. This season it seems The Red Devils are genuine contenders for the ultimate prize. Beating the reigning champions, Liverpool would signal United’s intent and underlie the team’s potential.

Klopp's team needs little motivation to reclaim top spot in the league, and defeating United at Anfield will return the team to the summit of the league and prove the team is the strongest in England. The hugely anticipated clash of two of the most successful teams in the Premier League can be a rewarding experience with 1xBet by your side.

The bookmaker is providing an opportunity to wager on the match and earn money without risk. You can take part in the Risk-Free Bet promo by placing a wager on the game's outcome. If your prediction isn’t correct, you get a refund up to $10 in the form of a promo code for a free bet.

If you want to benefit from this outstanding offer, you have to create an account at 1xBet, or log in to the website. You should then confirm your consent to participate in the bonus promotions under My Account section. Then place a 1X2 bet on the game. Afterwards, you can enjoy watching the game without worrying about your funds.

Make the most of this outstanding Risk-Free Bet promotion from 1xBet and enjoy the game even more!